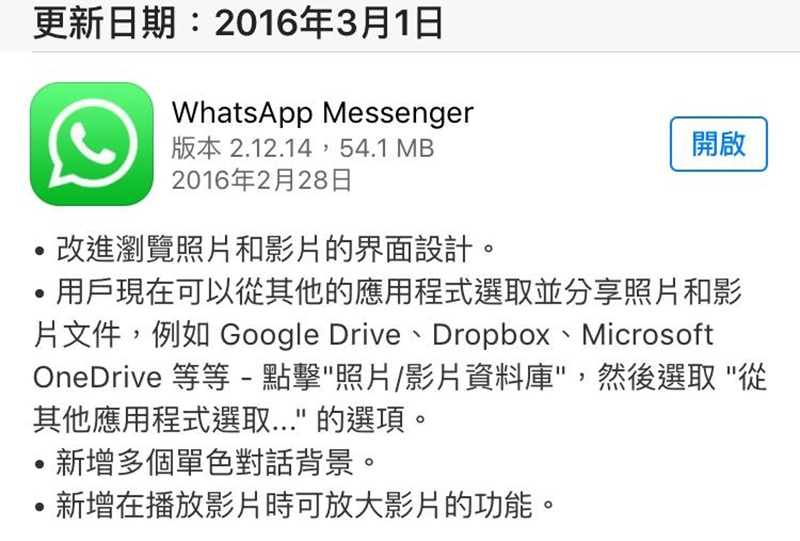 Instant message has been the most popular way to communicate in the modern society worldwide, and there is a variety of instant message applications available for smartphone users.

Whatsapp, like other communication app software, uses the internet to send information. Such as text messages, images, and videos. As a matter of fact, Whatsapp has reached an incredible number of users (up to one billion) and for this, whatsapp has also become the globe’s most popular messaging application as of February 2016. However, things don’t go well all the time, there is an obvious decline on users in Taiwan

In view of this, On march 2nd , 2016, Whatsapp released it latest version 2.12.14 in Taiwan area; and of course, new fixes and several new functions were added to it.

~There is new design on interface while browsing photos and videos.

~Users are able to share photos and videos via Google Drive, Dropbox, Microsoft and OneDrive.

~Enlarge videos while watching them.

Generally speaking, whatsapp has got many upsides:

Not having Whatsapp yet? You may give it a try and would love it immediately.

← Google I/O, The Conference You Can Never Miss.
ZenWatch 2: The Whole New mode makes calls easier than ever →