Catch up with The Fever- OPPO R9 limited edition 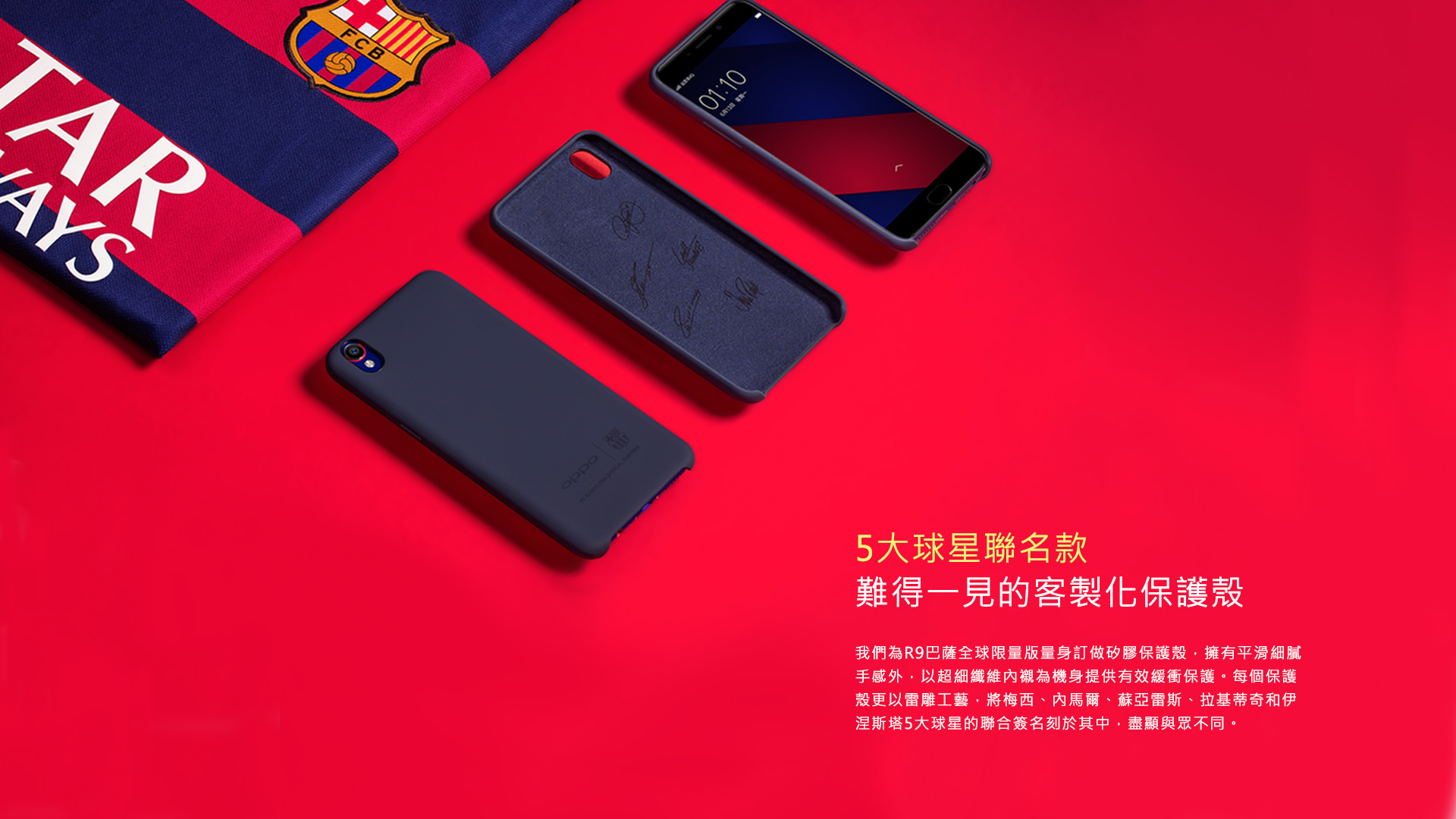 Are you a sport fanatic? or a star follower? The upsurge of COPA America and UEFA European Championship is uprising, and most manufactures will definitely launch a bunch of appealing products to rake in big fortune. Without a doubt, smartphone market must be the first choice for manufactures worldwide. OPPO (OPPO Electronics Corp.), a Chinese electronics manufacturer founded in 2004 and globally registered in 2016, has also registered the OPPO brand name in many parts of the world.

It is called OPPO R9 the limited edition, a brand new smartphone for celebration (Anniversary of the official partnership of Foot-Ball Club Barcelona). It has classic Barcelona red and blue colors, and there were only 50 units available in Taiwan. Priced at NT$16,990 and were released in exclusive shops and specific OPPO online stores at 12:00 PM on 23th of June. A limited Barcelona backpack (NT$2.900) is included as a free gift once you purchase OPPO R9. This did attract consumers a lot and I have to say it wasa bargain as a brand new smartphone. It absolutely ignited the purchasing craze on the day. 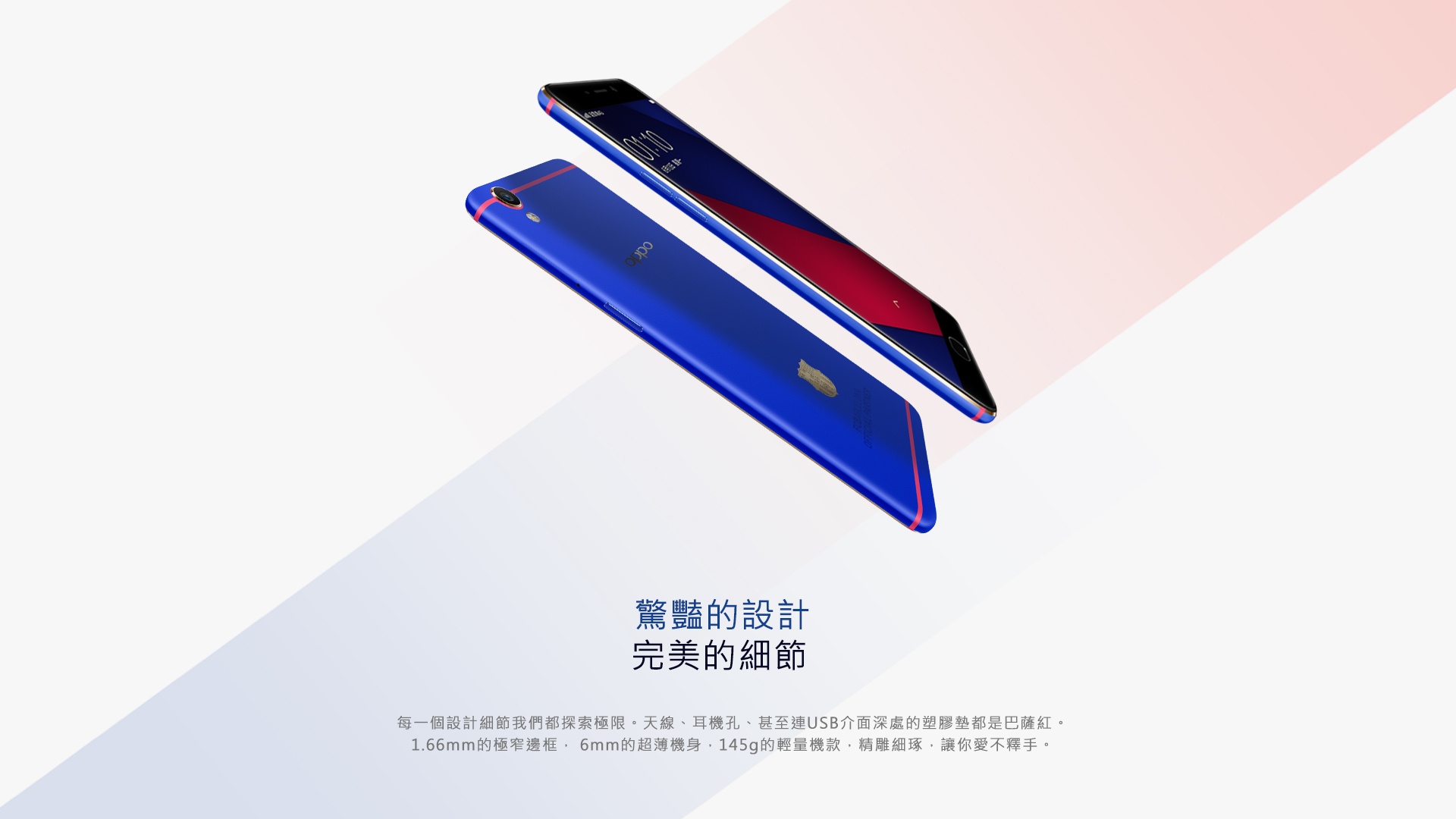 Well, OPPO R9’s design is based on its predecessor R9. however, there are many new designs bring us surprises; such as its distinctive colors we have been mentioning, the antenna, earphone jack, USB interface and so on. Additionally, the autography of 5 famous super stars- Messi, Neymar, Suárez, Rakitić and Iniestais is printed on the inside of the protective case. With Barcelona theme and song,  each of new design and feature will meet your demand and relish, and most importantly, its glow will show your extraordinary taste to other people. 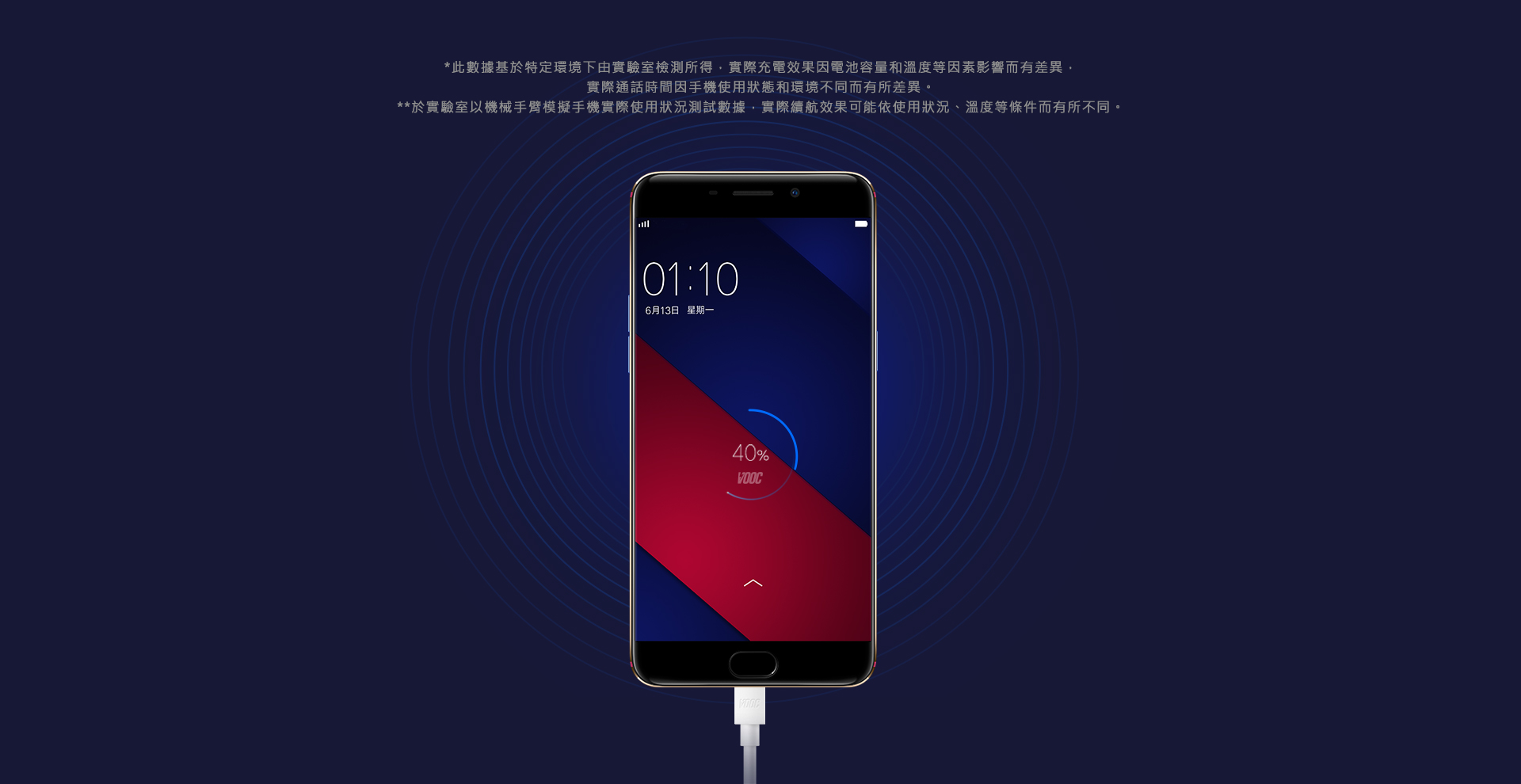 As for its specification, OPPO R9 succeeded to R9, Android Operation System, Qualcomm Chipset, Metal body, Fingerprint, Dual SIM, 16MP, f/2.0 Primary camera, Active noise cancellation with dedicated mic, 4GB RAM, 64GB ROM, and Fast battery charging. Not only can you enjoy a great soccer game without the worry of endurance of the battery, but use it easily with convenience.

OPPO has cultivated Taiwan’s market for two years, from listening to the customers, observing the market carefully, I think it has been doing a great job so far. The first flagship store opened on sixth of June in Kaohsiung, Taiwan, offering selling, customer service, and maintenance. Working in service industry and being a customer, I do know that service matters seriously, therefore, I pay attention to it all the time, no matter me or other people. Let’s enjoy its service and what it gonna bring us in the future.